Monday is Film Night with a free Movie and $1 Tacos 8:00 pm
Wednesday Night will host a regular improve show. 8:00 pm
Friday and Saturday shows are 8:00 pm and 10:00 pm
Sometimes Dead Crow will have an additional night of comedy

Timmy Sherrill, owner of the former Nutt Street Comedy Room is back in the funny business with his new comedy venue and restaurant. The Dead Crow Comedy Club is located in the former location of the Firebelly Lounge, just next door to the old Nutt Street and Soapbox building. The expanded Dead Crow Comedy Room has more seating, a great stage for viewing and larger bar and now even a kitchen serving eats and munchies every night.

Count on Dead Comedy Room to bring some of America’s top touring comics to town. Look for comedians from Comedy Central, Last Comic Standing, Comedy Channel and other TV staples for comedy with comics that have appeared on the Tonight Show, Letterman, Conan and other nationally televised variety shows.

While the vibe at Dead Crow is seriously funny, the food in no laughing matter. It’s good! Terrific wings, tacos and other essential snack items share space with the great beer selection, wine and a large variety of mixed drink options. Cause Dead Crow has all the important ABC Permits!

no images were found 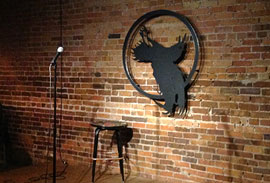 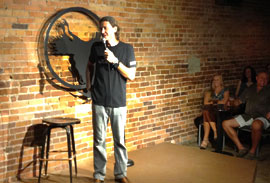 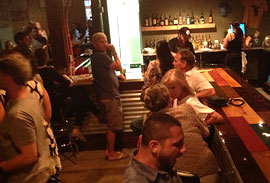 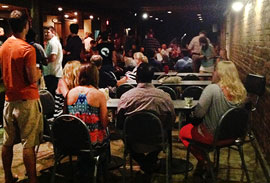